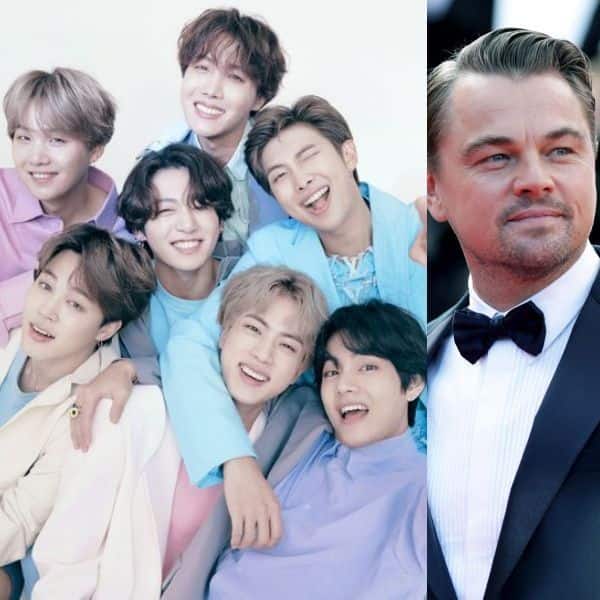 It looks like the doozie being committed by BTS members are piling up with some frequency over the recent past, but they’re of the adorable kind and giving ARMY (what BTS fans across the globe call themselves) even more reason to love the K-Pop band. Earlier we had reported how BTS’ J-Hope had failed to recognise popular American talk show host Conan O’Brien, calling him “Curtain” instead when he was asked to name famous personalities the world over after appearing on a popular South Korean variety show. Also Read – Butter: BTS members look sharp and dapper in the first concept poster of their eagerly anticipated second English song

In another incident, another BTS member, V, had failed to recognise Robery Downey Jr. aka Marvel’s Iron Man while playing a game of ‘Figure Quiz’ on episode 140 of the ‘Run BTS’ show, asking, “Who’s this?” when RDJ’s photo had appeared. And now, V has made a doozy again when he was asked to recognise another of Hollywood’s most noted and famous personalities the world over, superstar Leonardo DiCaprio. Though this time, V didn’t draw a blank, but he was at quite a loss to get Leo’s full name right and ended up mispronouncing his surname as “Ricaprio” instead of DiCaprio, which, naturally, drew massive shocked impressions from the other band members. Also Read – Throwback to when BTS’ Jimin, V and Jungkook CRASHED fellow K-Pop band TXT’s live session – watch video

Earlier, reacting to J-Hope calling him “Curtain”, Conan O’Brien had said in a video, “What have I meant to the world, these are just natural questions. Have I really made a difference? What is my legacy doing to this spinning blue globe that we call Earth? I got a little bit of a hint, yesterday there was a massive Variety show in Korea. The stars of this Variety show were stars of this boy band called BTS. These guys are huge, and on the Variety show they played a game, where the producers show a picture of a celebrity to BTS and then one of the guys in the band has to identify the celebrity.” Also Read – BTS: Is Jimin the spiffiest K-Pop dresser? View these pics and decide for yourself

So, are you, too, finding these innocuous slipups by BTS too cute to handle? Tweet and let us know @bollywood_life .

Aquaman Vs. Black Adam? Jason Momoa Is Sure He’ll Make a Movie with The Rock