#CONGRATULATIONS! #ScarlettJohannson MARRIED #ColinJost over the weekend; asks fans to donate for charity 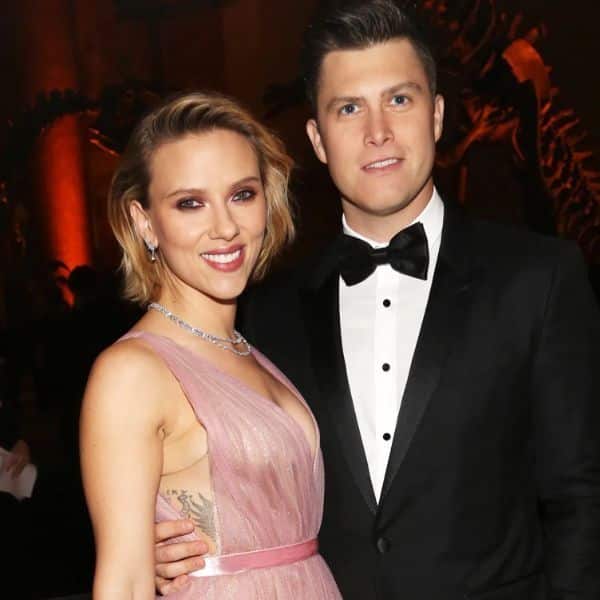 In case you don’t know yet, Scarlett Johannson is married! Yes, you read that right. The Black Widow of Avenger’s fame married her boyfriend, Colin Jost in an intimate and private wedding ceremony over the weekend. Scarlett and Colin met on Saturday Night Live back in 2017. In that episode, Scarlett was a host and he was a cast member. However, the duo did not break the news. A charity organisation by the name of Meals on Wheels broke the news of their wedding on their Instagram handle. “We’re thrilled to break the news that Scarlett Johansson and Colin Jost were married over the weekend in an intimate ceremony with their immediate family and loved ones, following COVID-19 safety precautions as directed by the CDC. Their wedding wish is to help make a difference for vulnerable older adults during this difficult time by supporting @mealsonwheelsamerica. Please consider donating to celebrate the happy couple by clicking the link in our bio,” the post read. Check out the post below: Also Read – Robert Downey Jr. hints at the reunion of Avengers, but there’s a catch — find out!

Congratulations to the gorgeous couple. We cannot wait for the official pics to be out soon. Also Read – Scarlett Johansson, Chris Evans and Chadwick Boseman address Martin Scorsese’s ‘theme park experience’ comments on the MCU

She also has Sing 2 in the pipeline. It is a sequel to the 2016 film of the same name. Scarlett ill voice the character Ash in the film. Sing 2 will also star Matthew McConaughey, Reese Witherspoon, Seth MacFarlane, Nick Kroll, Taron Egerton and Tori Kelly, all of whom would be reprising their roles from the first film.

So, what are your thoughts now that Scarlett is married? Let us know by tweeting to us at @bollywood_life.

Nevada Plans to Fully Reopen by Start of June: Governor

Mövenpick Hotel Melbourne to open in May | News