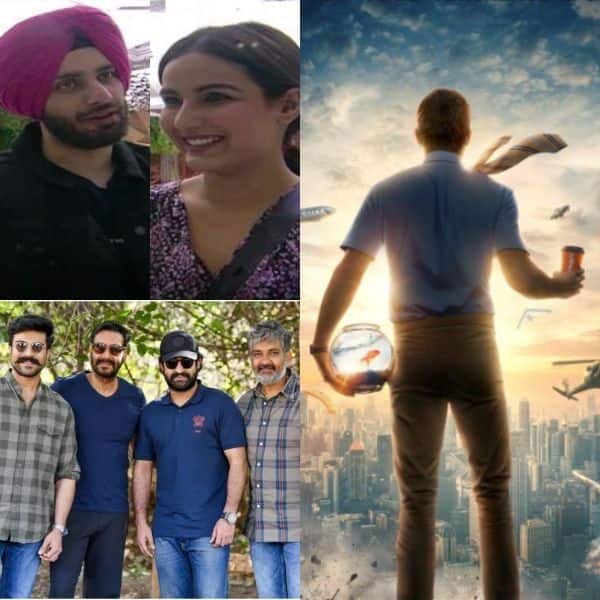 With another day coming to a close, it’s time to look back at the biggest newsmakers who’ve made it to the trending entertainment news today. From Jasmin Bhasin-Shehzad Deol growing close on Bigg Boss 14 and Rahul Vaidya criticising the music industry to RRR resuming, and the Poison 2 and Free Guy trailers – web series, Bigg Boss and the South all grabbed headlines to make it to the trending entertainment news today. So, without further ado, here are the entertainment newsmakers of 6th October 2020: Also Read – Trending Entertainment News Today: Jasmin Bhasin-Shehzad Deol grow close on Bigg Boss 14, RRR resumes

In the latest update on Bigg Boss 14, Gauahar Khan gets candid with Rahul Vaidya while the Punjabi connect brings Jasmin Bhasin and Shehzad Deol close to one another. Also Read – Free Guy trailer: Ryan Reynolds’ transition from the virtual to real world promises to be a fun, uplifting action-comedy

Before entering the Bigg Boss house, Rahul Vaidya, the second runner-up of the first season of Indian Idol had alleged that the Hindi music scene is rife with “favouritism, lobbying and camps”.

Announcing their return in a big way, the team of RRR has shared a BTS making video of their first day back on set while also declaring that the first look of Jr. NTR’s character, Bheem, is due on 22nd October.

After a successful first season, it’s time to gear up for Poison season 2. From the looks of the trailer, it appears that Zain Imam, Raai Laxmi and Vin Rana have a cooked up what they believe is a sure-shot scheme to win at horse-racing, which goes for a toss after Aftab Shivdasani enters the fray, setting a dangerous and “poisonous” game afoot.

Ryan Reynolds stars as a bank teller who discovers he is actually a background player in an open-world video game, and decides to become the hero of his own story—one he rewrites himself.

Read the full story here:Free Guy trailer: Ryan Reynolds’ transition from the virtual to real world promises to be a fun, uplifting action-comedy

OMG! This is what the BTS members talk about in their group chat