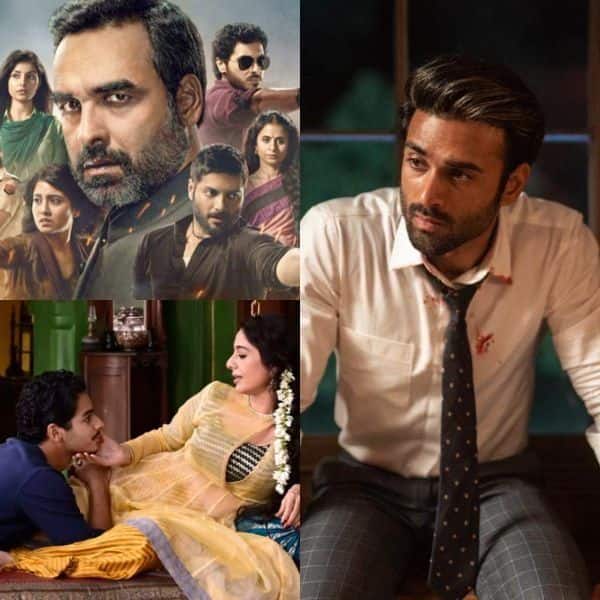 It’s a new week, and that means it’s our job to lay down your dose of entertainment. And with no new releases hitting theatres despite several cinema halls across the county being reopened with safety measures in place, the need of the hour is to turn to OTT platforms for your entertainment fix. However, with so many streaming services and tons of titles on them to choose from, we’ve decided to streamline it down to five web series, web films and even a direct-to-TV movie that have or are releasing across these seven days, which are perfect for your binge-watching needs. Also Read – Trending Entertainment News Today: Pankaj Tripathi’s joblessness for 6 months, Nishant Singh Malkhani advises Jaan Kumar Sanu on Nikki Tamboli

Pankaj Tripathi, Ali Fazal, Shweta Tripathi, Divyendu Sharma and Rasika Dugal return to their gangster heartland for round two of their feud, filled with plenty of vigour and violence. Also Read – Mirzapur 2 actor Pankaj Tripathi on his initial struggles: It didn’t bother me even when I was jobless for 6 months [Exclusive]

Tabu, Ishaan Khatter and a host of other character fill Director Mira Nair’s take on an Indianised version of a Jane Austen world. Also Read – ‘It’s been 12 years, but I realised that if you’re at it, you’ll crack it’, says Mirzapur 2’s new icy villain, Anjum Sharma aka Sharad Shukla [Exclusive]

Borat Subsequent Moviefilm: Delivery of Prodigious Bribe to American Regime for Make Benefit Once Glorious Nation of Kazakhstan, the sequel to Borat: Cultural Learnings of America for Make Benefit Glorious Nation of Kazakhstan, promises an audacious, offensive, abrasive laugh riot, and if you did Sacha Baron Cohen’s brand of adult humour, then this will definitely be up your alley.

Netflix sheds light on a relatively unknown chapter of history about how a bunch of disbanded, Germanic nomadic tribes, kept aside their differences and joined hands to drive the first forceful nail into the coffin of the once mighty, unconquerable Roman Empire. If you did epic sagas, then you’d might want to check this out.

Gulshan Devaiah, Sagarika Ghatge and Kunaal Roy Kapur get embroiled in a cat-and-mouse game to catch a serial killer with a foot fetish.

Pulkit Samrat, Kriti Kharbanda, Harshvardhan Rane, Sanjeeda Shaikh and Jim Sarbh come together for what promises to be a slick revenge thriller. Initially meant to hit theatres; Director Bejoy Nambiar’s decision to release this in both a web film and web show format, further augments the anticipation around it.

So, which among these OTT web series and web films will be the first on your watch-list? Tweet and let us know @bollywood_life.

The Best Amazon Coats and Jackets of 2020