Actress Scheana Shay, who feature on the reality television series Vanderpump Rules, is on cloud nine. The actress-singer and boyfriend Brock Davies are expecting their first kid. The couple took to Instagram to share the happy news with their fans and followers.

A very happy parent, who suffered from a miscarriage earlier this year, shared the news calling the soon-to-be-born kid a rainbow baby.

Scheana Shay took to social media and shared a sweet picture of boyfriend Brock Davies kissing her cheek which she displays an ultrasound picture and pregnancy test stick. She captioned the post, “IT’S ALL HAPPENING APRIL 2021!!! We are expecting our rainbow baby!!!”

Scheana Shay’s post further read, “Thank you @clearblue for giving me the most amazing news of my life! #clearbluepartner #clearblueconfirmed 📷: @sydneynoellephoto”

Brock Davies too shares some pictures on Instagram captioning it, “If I know what love is it’s because of you! 🌈”

For those who do not know, a ‘rainbow baby’ is a healthy baby born after losing a baby due to miscarriage, infant loss, stillbirth, or neonatal death (according to healthline.com). Scheana Shay had suffered a miscarriage in June this year.

Scheana Shay also took to her Instagram story and shared some more pictures announcing the happy news. In this week’s issue of PEOPLE, the Vanderpump Rules actress revealed that they got pregnant quickly. She said, “We got pregnant so quickly. My doctor told me to wait one period and ovulation cycle and then we could try again. It was the first and only time we tried and I had a feeling right away, but it was so soon to tell because I wasn’t even close to missing my period yet. I just had a feeling.” 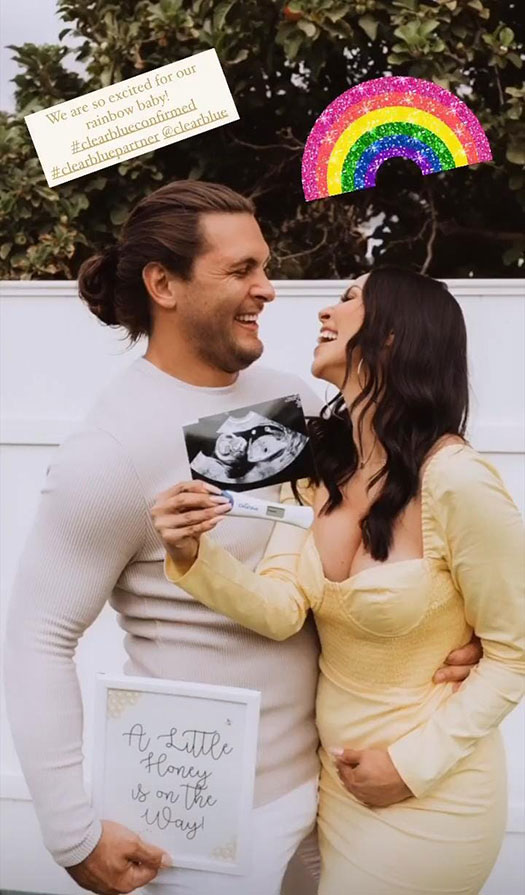 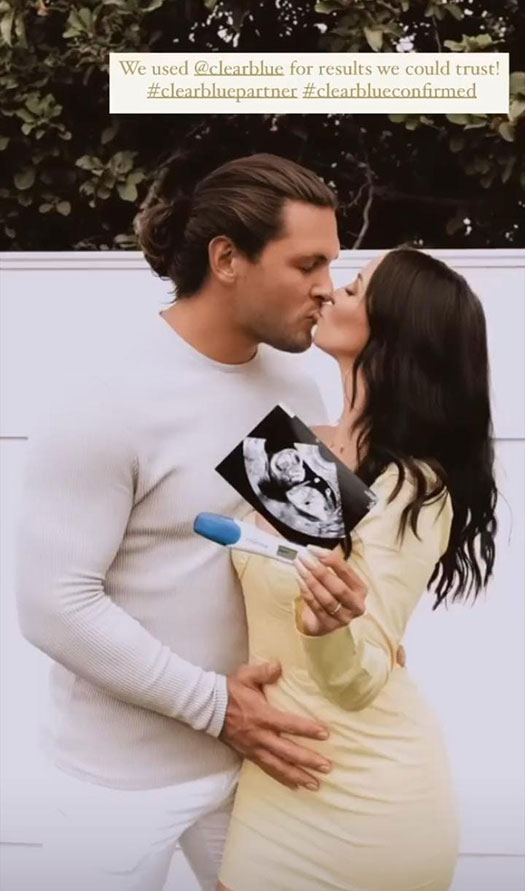 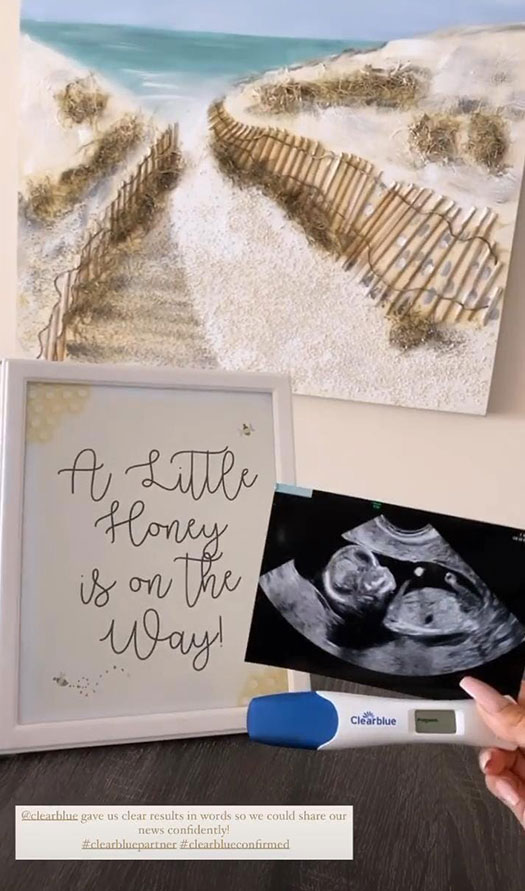 Talking about her previous pregnancy, it was devastating for Scheana Shay because doctors told her in the past that it would be close to impossible for her to get pregnant on her own. Owing to a very low ovarian reserve or egg count, she underwent an egg retrieval twice last year and was getting ready for a third procedure in order to freeze her eggs.

Must Read: Machine Gun Kelly On Falling In Love With Megan Fox: “I Did Become A Better Person”

Chris Rock Recalls Superman Role That Never Happened: I Was This Close

BTS ARMY showers love on RM; trend ‘We are proud of Namjoon’ ahead of his…