Shocking! Cameron Diaz reveals why she doesn’t want to work in Hollywood anymore 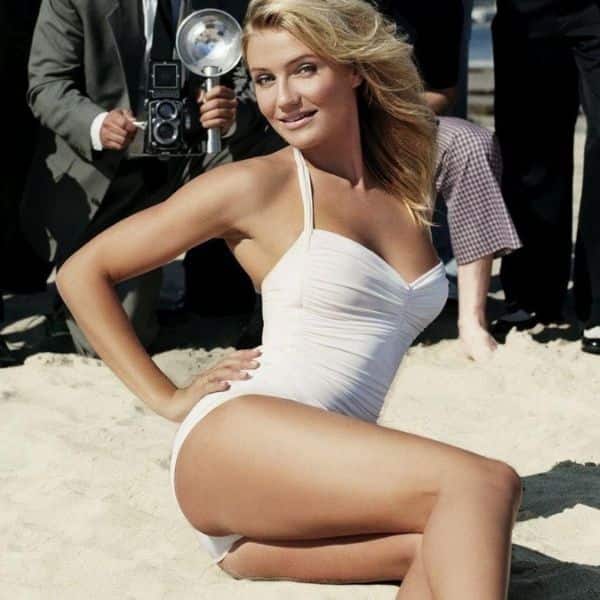 It looks like Cameron Diaz has forever turned her back on Hollywood, even if she hasn’t made it official yet. She has made it amply clear that she’s not missing Hollywood at all, she doesn’t yearn to be back on a movie set and she’d be more than happy if she never makes another film again. And it has all to do with her kid. The revelations came straight from the horse’s mouth in a recent interview with SiriusXM’s Quarantined with Bruce show, where she described how content she is at present with how her life is panning out and is not missing the movie business at all. Also Read – Robbie Williams met wife Ayda Field hours after sleeping with his drug dealer

Opening up on her prolonged hiatus from Hollywood (the actress’ last movie was 2014’s Annie) in the interview with SiriusXM’s Quarantined with Bruce show, Cameron Diaz said, “I am happier focusing on having a personal life of her own. Motherhood is the most fulfilling part of my life so far. It is just like so important. I’m never going to say never about anything in life. I’m just not that person. So will I ever make a movie again? I’m not looking to, but will I? I don’t know. I have no idea. Maybe, never say never. I couldn’t imagine like being a mom now with my child… to have to be on a movie set that takes 14 hours, 16 hours of my day away from my child. I just couldn’t.” Also Read – Charlie’s Angels stars Cameron Diaz, Drew Barrymore and Demi Moore reunite to honour Lucy Liu

Well, certainly a brave decision by Cameron Diaz, especially given the blockbuster career she’s had in Hollywood with huge money-spinners at the box-office like The Mask, My Best Friend’s Wedding, My Best Friend’s Wedding, Charlie’s Angels and Charlie’s Angels: Full Throttle, Shrek, Gangs of New York, Any Given Sunday, the Shrek franchise, Bad Teacher, The Green Hornet and Being John Malkovich. Also Read – Cameron Diaz and Christina Applegate are game for The Sweetest Thing reunion

What Paris Hilton Looks For in a Wedding Dress

Urgency to ramp up vaccination clashes with Biden’s equity focus

“Holistic Lifestyle Has Been A Part & Parcel Of My Life”

Why WandaVision Fans Shouldn’t Be So Fast to Hate Director Hayward, Maybe…

US ramps up COVID-19 vaccination efforts

Paul Gascoigne says he will use his fishing skills to…