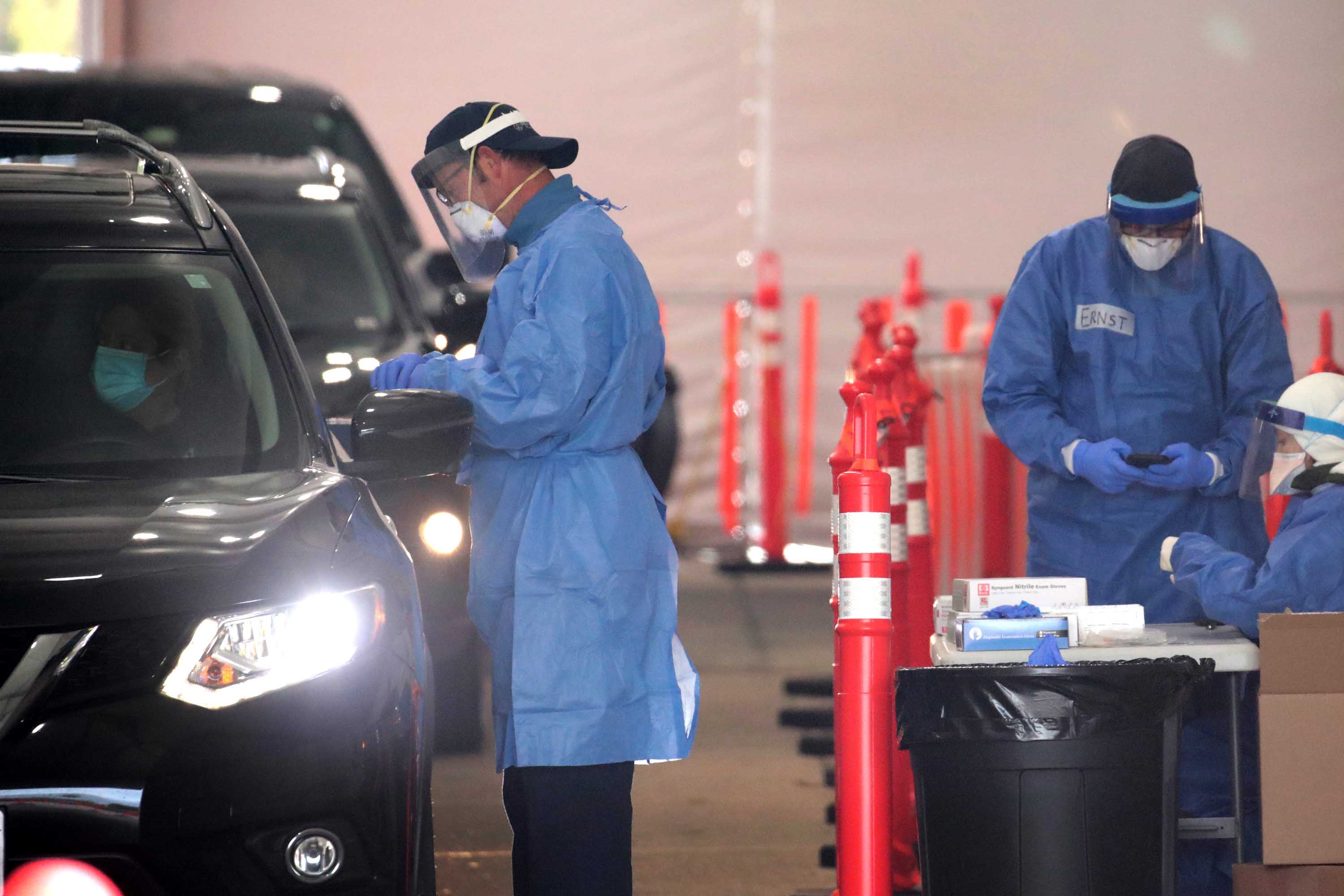 The U.S. is currently reporting a daily average of more than 70,000 cases — more than any other time during the pandemic — and on Thursday the country set a new record of over 88,000 cases in a single day. Hospitalizations have also increased to more than 46,000, according to the Covid Tracking Project.

Cold weather is forcing people indoors where the virus can spread easier. Birx told the governors that reaching a plateau will take “every single person in your states moving forward with” masking, hygiene, distancing and reducing the size of gatherings in public, according to notes of the call.

The pandemic is rebounding in Europe as well, with countries including Germany and France imposing new restrictions. Global cases are nearing 45 million, with India and Brazil following the United States. The U.S. continues to outpace all other countries in Covid-19 deaths.

Meanwhile, President Donald Trump and members of his administration continue to downplay the virus threat. Donald Trump Jr., the president’s eldest son, falsely claimed on Thursday that the number of Americans dying from the coronavirus amounts to “almost nothing.” President Trump spoke at an outdoor rally in Wisconsin on Tuesday as the state recorded a record number of new cases and deaths. He returned for a rally in Green Bay on Friday.

Adam Cancryn contributed to this report.

Vitamin B6 May Calm COVID-19’s Cytokine Storms and Unclog…