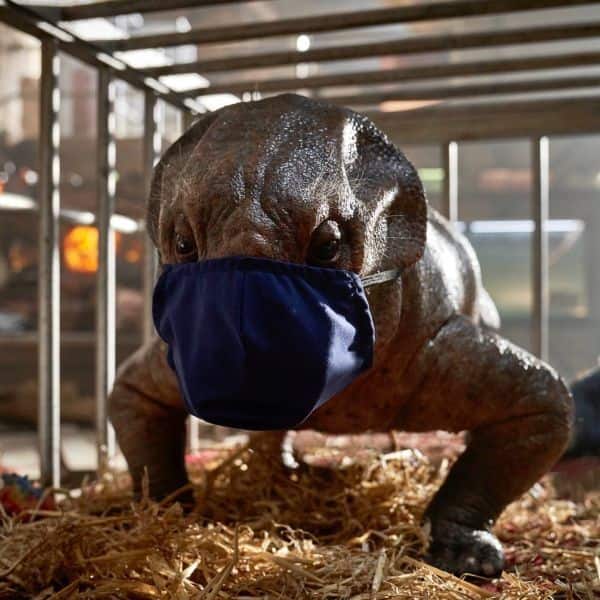 Though movie shots are slowly getting back to work as usual, the risks of during the still un-curtailed coronavirus pandemic loom large and are proving precarious for those shooting, which begs the question if production houses should have held out a bit longer. The latest to be afflicted by the dreaded disease are a few crew members from the upcoming Jurassic park movie, Jurassic World: Dominion, the third installment in the Jurassic World series, following 2018’s Jurassic World: Fallen Kingdom, and the sixth entry in the billion-dollar, classic JP franchise. Also Read – Jurassic World Dominion: UK shoot suspended after a multiple crew members test positive for COVID-19

The UK schedule of Jurassic World Dominion has been suspended after multiple crew members tested positive for COVID-19, but the good news is that the same individuals returned negative tests soon after. However, the shoot needs to be suspended as per the strict safety guidelines implemented. Director Colin Trevorrow broke the news on Twitter and wrote: “Woke up to the news we had a few positive Coronavirus tests on Jurassic World: Dominion. All tested negative shortly after, but due to our safety protocols we’re going to pause for two weeks. Back soon.” Check pout his tweet below: Also Read – Elton John’s biopic Rocketman to release in India on May 31

Woke up to the news we had a few positive Coronavirus tests on Jurassic World: Dominion. All tested negative shortly after, but due to our safety protocols we’re going to pause for two weeks. Back soon. pic.twitter.com/DxuqX9UdgX

A spokesperson from Universal Studios, the production house behind the Jurassic Park franchise, said in a press release, “The safety and well-being of our entire cast and crew is paramount. Those who initially tested positive are currently self-isolating, as are those who they have come into contact with.” Also Read – Movie This Week: Jurassic World Fallen Kingdom

Meanwhile, the release date of Jurassic World: Dominion has been delayed by a year to 10th June 2022. Colin Trevorrow returns to the Director’s chair after 2015’s Jurassic World, having taken a break for the immediate sequel, Jurassic World: Fallen Kingdom, on which he served as a writer and producer. Chris Pratt and Bryce Dallas Howard returns as the lead stars, with, Sam Neill, Jeff Goldblum and Laura Dern reprising their roles from the original Jurassic Park movies.

Income Tax: How much can you earn before paying tax? | Personal Finance | Finance

Are Potential COVID-19 Vaccines Affected by Recent Mutations in the Virus?

After Robert Downey Jr and Conan O’Brien, another BTS member fails to recognise…

Who Will Survive James Gunn’s The Suicide Squad?