Warp Speed’s focus on vaccines may have shortchanged antibody treatments 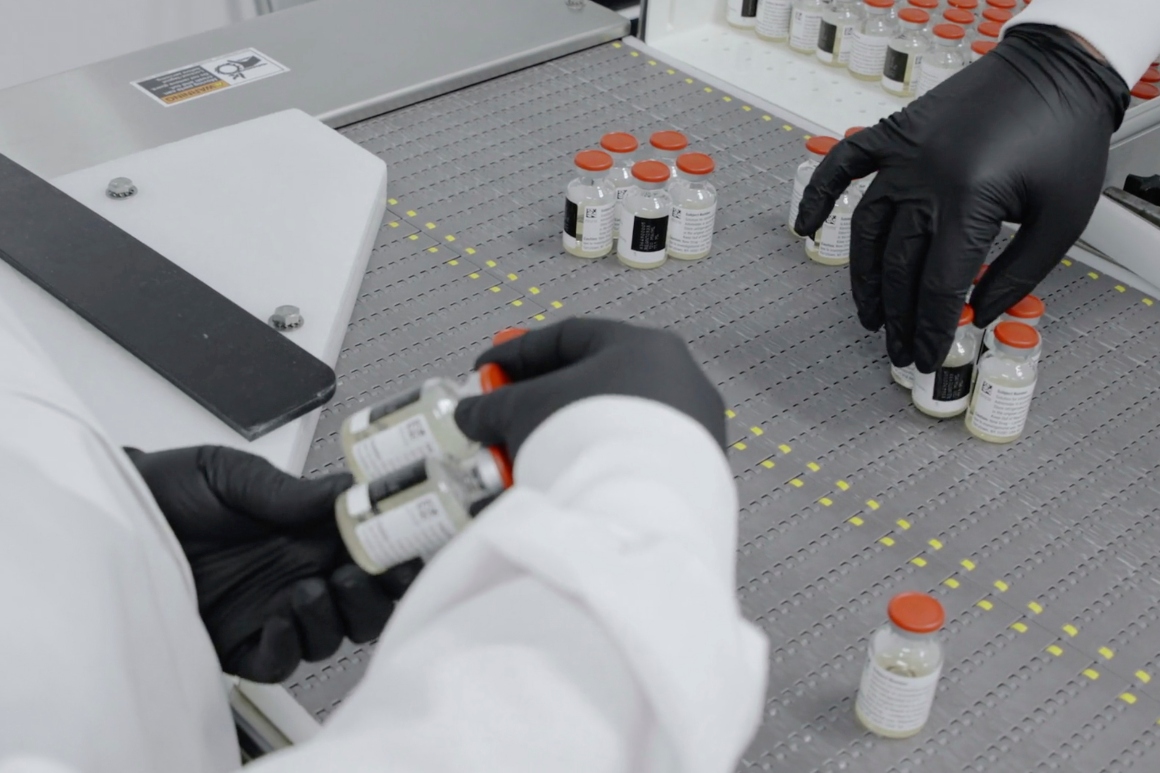 Trump got the treatment under a special access program offered by Regeneron. That drugmaker and Eli Lilly are the two furthest along in developing this type of drug.

The idea is to roll the treatments out more broadly under an FDA emergency authorization, and use them as a bridge to vaccination. Even if a vaccine is approved late this year, it will take months to get it to hundreds of millions of Americans and billions of people around the world.

But Warp Speed has so far spent less than $1 billion to support the development and manufacturing of three monoclonal antibody treatments, versus almost $10 billion on six vaccines. That choice may have slowed late-stage trials and manufacturing of the laboratory-made antibodies that fight Covid-19. And once monoclonal antibodies are approved, there may be shortages, said experts, including one of the drugmakers.

The manufacturing of antibody treatments, which are administered as infusions, is a complicated and costly process that requires specialized expertise and facilities. Time and funding to scale up production is of the essence.

Janet Woodcock, the long-time senior FDA official who is now head of therapeutics at Warp Speed, said in an interview that the government program does plan to invest in more monoclonal antibody treatments beyond the first trio. If the clinical trial results are strong, the government also will likely purchase doses and provide them to Americans at no cost, the same approach Warp Speed is taking with vaccines, she said.

The two candidate antibodies that are furthest along — from Regeneron and Eli Lilly — are being evaluated in late-stage trials as treatments in both outpatient and hospital settings. Researchers are also exploring whether they prevent infection in high-risk populations, like nursing homes and meatpacking plants.

Both companies have seen hiccups in enrolling people in their clinical trials, but early data is now beginning to surface. Neither company has yet published its data in a peer-reviewed journal.

Lilly in September released promising initial data showing its antibody treatment reduced virus levels in patients and lowered the rate of hospitalizations. Lilly CEO David Ricks said in an interview that the data could be enough to seek an emergency authorization from the FDA but he didn’t discuss the timing. Lilly will make more than 100,000 doses ready by the end of the year, but there will be shortages, he said.

Regeneron in late September also released promising data on its antibody cocktail. The higher dose of the treatment tested in the late-stage trial was administered to Trump on Friday after his Covid-19 diagnosis.

The early data on 275 people outside of the hospital showed how the treatment helped reduce viral loads and symptoms. But it’s unclear if that data will be enough for an emergency authorization because the FDA might want to wait for data from hospitalized patients, where it’s easier to administer the treatment, according to Geoffrey Porges, an analyst with the investment bank SVB Leerink.

If the infusion is provided in the hospital setting, it won’t be a problem, Woodcock confirmed.

But if monoclonal antibodies — mAbs, for shorthand — are administered on an outpatient basis, Warp Speed is still working carefully through different scenarios on where these infusions will take place. Warp Speed doesn’t want to mix centers administering cancer treatments with Covid-19 treatments, she noted. And they can’t be given in a setting like a retail pharmacy; it must be a more specialized center.

The FDA could issue emergency use authorizations for antibody treatments anywhere from a few weeks to a month or two from now, HHS Secretary Alex Azar said at a House committee hearing on Friday. But even with an EUA, there will be people diagnosed with Covid-19 who need access to antibody treatments that won’t be able to get them — either because of their high price tag or because the supplies are thin.

Regeneron CEO Len Schleifer has said that manufacturing capacity for monoclonal antibodies may not match potential need. Warp Speed provided Regeneron with about $450 million to make between 70,000 to 300,000 treatment doses, with the first coming before the end of the year.

More data from a late-stage Regeneron trial is expected before the end of the year, but lots of unknowns remain on how and where the antibody treatments will be administered and who will get them first.

“It’s fair to say that the vaccine has been prioritized, maybe with good reason. It’s also hard to say that the skew hasn’t had an impact” on antibody treatments, said Jacqueline Wolfrum, director of MIT’s Biomanufacturing Research Program.

Early delays in enrolling participants in Lilly and Regeneron trials raised concerns among experts that the federal government did not provide enough funding early on.

Not Jamie Dornan, Dakota Johnson Was Paired Opposite THIS Actor Initially!

COVID and the lost year: What's ahead?

'US, allies dropped 46 bombs per day on other countries since 2001'

Queen news: Monarch ‘will have been told’ by Harry about the…

US Secretary Antony Blinke writes to Ghani for UN-led meeting of India, 5 other…

Mayor of Texas border city calls on governor to reconsider…

Fears of fourth COVID wave remain as hospitalizations and…