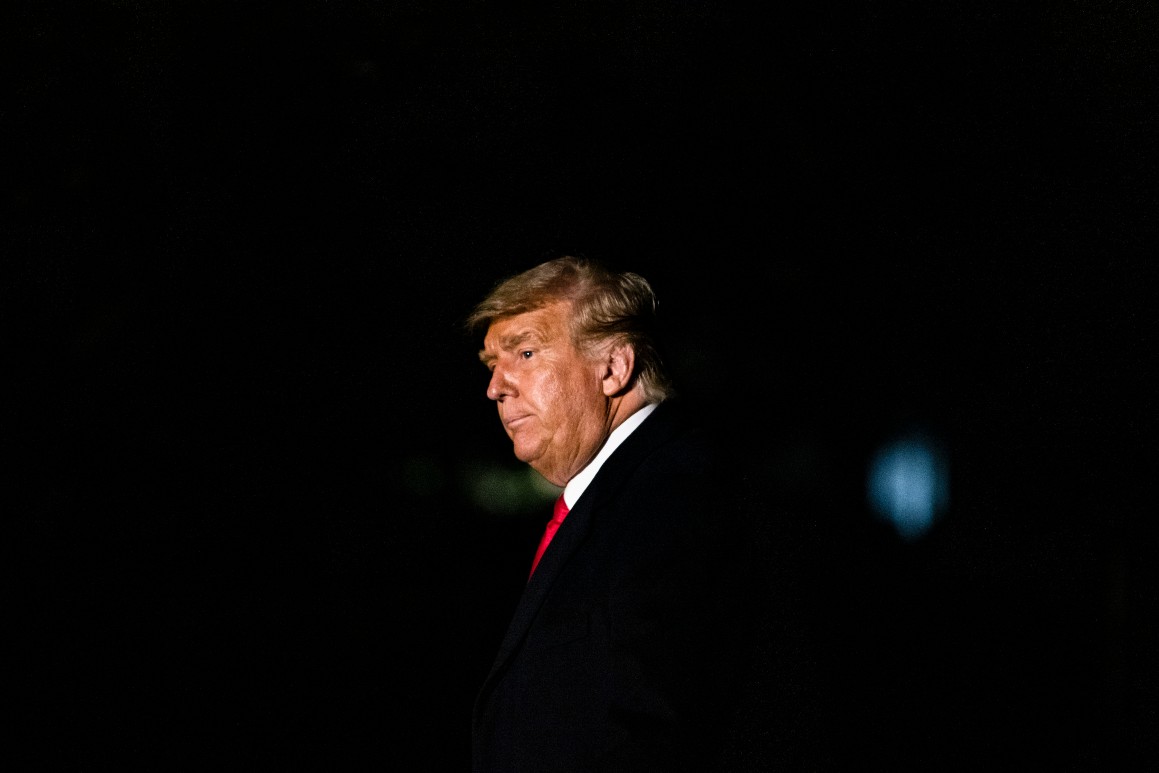 Trump in a Sept. 2 order called on federal agencies to curtail funding to jurisdictions that “disempower” police departments and promote “lawlessness.” The memo argued that the cities haven’t done enough to quash riots stemming from this summer’s protests over systemic racism and police violence.

The HHS list offers the most detailed picture yet of the administration’s efforts to quickly comply with the Trump directive and the potentially large cuts facing these cities even as the pandemic strains local budgets. It isn’t immediately clear what criteria the budget office will use to evaluate the grants — or how or when cuts may be made.

But while the White House pores over existing funds, at least one department has already moved to implement Trump’s directive for new funding. The Department of Transportation earlier this month said Trump’s “anarchy” memo would factor into the department’s review of applications for a new $10 million grant program supporting Covid-19 safety measures.

“My Administration will do everything in its power to prevent weak mayors and lawless cities from taking Federal dollars while they let anarchists harm people, burn buildings, and ruin lives and businesses,” Trump tweeted shortly after releasing the Sept. 2 defunding memo.

The HHS list, which was sent Friday to the White House budget office, represents the 1,500-plus funding awards that have gone to the four cities since 2018. Each federal department also faced a Friday deadline to submit their own lists to the Office of Management and Budget, which will make the final decisions about funding.

HHS compiled the list with input from at least 12 agencies it oversees. The list includes 185 programs that touch on everything from Trump’s own initiative to end HIV transmission by the end of the decade to the opioid crisis and research into lung diseases. The list also includes funding for other programs, like $423,000 for universal hearing screenings for newborns in the District of Columbia, housing for people in addiction recovery in Seattle, and services providing nutrition and mental health counseling to elderly New Yorkers.

The White House budget office has previously said the administration will use the data to determine whether to bar cities from being eligible for new federal cash. A senior administration official did not rule out the possibility that cities could lose their existing funds.

“As the data comes in, OMB will collect it and make a decision,” said the official, who requested anonymity. The review is in the preliminary stages, and the official said the administration will make decisions about each grant individually.

“We need to review the information with agencies before we know,” according to the official. “Grant programs all have different authorities so it’s going to be case by case.”

According to OMB’s own guidelines, just a small fraction of the grants flagged by HHS may be protected from cuts. A Sept. 21 memo from OMB Director Russ Vought instructed agencies to assess whether grants supported law enforcement activities, indicating those would be less vulnerable to elimination. “[S]uch programs and activities, when properly designed and implemented, can help prevent the deterioration of municipalities into lawless zones,” Vought wrote.

HHS identified that just six of the 185 grant programs directly or indirectly have a connection to law enforcement, including some public health measures, hospital emergency preparedness and child support enforcement.

Programs that don’t meet the law enforcement exception include a two-year $4.6 million grant to D.C.’s Department of Health Care Finance that funds addiction treatment and recovery services through next September. Another includes $850,000 through 2025 to King County, which includes Seattle, to support the HIV initiative Trump announced at his State of the Union address last year.

A $1.8 million grant for Oregon’s Multnomah County, which includes Portland, and a $880,000 grant to King County, both to help community and migrant health centers care for Covid-19 patients, are also under review.

Public health advocates and city officials panned the administration’s review, warning that the consequences of pulling funding from these cities — especially during the pandemic — could be dire.

“The bottom line is there’s no extra money lying around, and this is not a time to be playing politics with people’s health,” said Chrissie Juliano, executive director of the Big Cities Health Coalition, a national group that represents health departments in major U.S. cities — including the four targeted by Trump.

Officials from New York City and Seattle — as well as the United States Conference of Mayors — have already threatened legal action if the administration moves to block funds.

“This is nothing more than political retribution,” said Laura Feyer, a spokesperson for New York City Mayor Bill de Blasio.

Caitlin Emma contributed to this report.

Oscar winner Jeff Bridges diagnosed with cancer; says, ‘Although it is a serious disease, I feel fortunate that I have a great team of doctors’